Poor Throttle Response? We Can Fix That – Kia Sedona 2.9 CRDi

Whether you’re trying to join a small gap at a roundabout or merging on to the main road at a junction, poor throttle response can be very hard to live with and sometimes dangerous. Our engine ECU remaps can transform your car entirely making for a more comfortable day-to-day drive.

There is so much going into making cars nowadays that manufacturers are certainly pushed to meet deadlines. This means unfortunately they are most definitely going to overlook some things. Often this gives the impression that maybe your new car isn’t quite as finished as you had hoped. We believe that this happened with the Kia Sedona (or Carnival as it’s also called) 06-12. More specifically, its 2.9 CDRi J3 diesel engine which is also found in the Hyundai Terracan 03-07. This engine has a large reputation online for not wanting to move when you put your foot down. This is down to poor throttle response.

We recently had a Kia Sedona come in. We ran some diagnostics to see how the ECU was responding to the throttle being depressed fully. 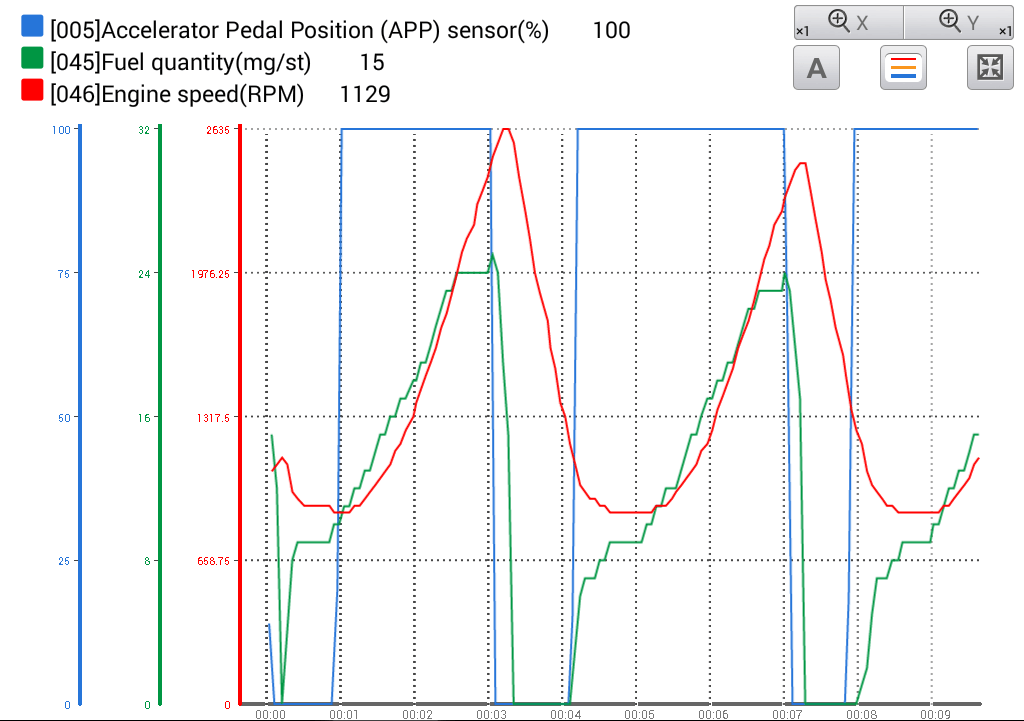 We offered a remap with which the throttle response would be greatly reduced.

Essentially, we made it so that when somebody depresses the pedal the ECU wouldn’t ask hundreds of questions and double check that everything is in order. Instead, the engine does what it needs before applying the power in around 0.5 seconds.

A x6 faster throttle response means that the car now feels really lively, and picks up infinitely better than the car did previously. The customer was super happy with this as the car finally felt as it should have done out of the factory; like a finished product.

If you have a car that has poor throttle response, even if it’s not the 2.9 CDRI engine that we found the issue on, Call or E-mail us to see what we can do!

Get a free quote

To see the wide range of ECU remapping services and performance parts we have available for your car, simply enter your registration number below:

Sign up today to receive exclusive offers for parts and ECU tuning!